One of its most iconic members will join Marvel’s Avengers today in Operation Hawkeye: Future Imperfect when Clint Barton arrives as a playable character — and he’s bringing more than just his bow with him to the game. Optimizations for Xbox Series X|S are also arriving today, bringing faster loading times, improved visuals, and more! Let’s check out all of today’s news.

We first met Clint in Kate Bishop’s operation, Taking AIM, where she brought him back from the brink of a huge AIM conspiracy involving the manipulation of time itself. Operation Hawkeye: Future Imperfect marks chapter 2 of season one, where we continue diving into the consequences of the Tachyon Project and come face to face with a possible future where all hope is lost.

Clint and Kate have similarities in their skillset due to being mentor and protégé, but nevertheless, they are two different fighters with their own style. Whereas Kate blinks around the battlefield as a blur of never-ending strikes to multiple foes, Clint is the steadfast hunter, taking down his foes with powerful, precise hits one at a time until he’s the only one left standing.

Clint’s bow skills are second to none in the Marvel universe, and with intrinsic abilities that boost his single-target attack potential, and an arsenal of many different arrow types at his disposal, he’s a one-man-army to be reckoned with. We also took inspiration from his ronin period to create his sword abilities, which makes him a powerful melee and ranged hero.

Clint’s Heroics are three different arrow types: Assault, Recovery, and Hunter. His Assault Heroic uses Nightstorm Arrows: Launch them into the air and rain down projectiles to decimate areas of the battlefield. His Recovery Arrow Support Heroic unleashes nanobots that swarm nearby allies and restore their willpower. The Hunter’s Arrow Ultimate Heroic is an AI guided projectile that flits across the battlefield, piercing through targets. Once upgraded, fire two at once, add explosive charges, or focus damage on player-targeted foes. Count on Hunter’s Arrow to dish out an aerial assault with damage equal to a fleet of arrows, punishing enemies all over the fight no matter who Clint has in his sights.

The new generation of Xbox has arrived, and an optimized experience of Marvel’s Avengers for Xbox Series X|S is ready to play! Players who own the digital Xbox One version of the game will be able to upgrade to the full next-gen version at no additional cost thanks to Smart Delivery. If you have the disc version of Marvel’s Avengers, it will require an Xbox Series X console to upgrade (internet connection required). And with Xbox Live, you can still play online with friends who own Marvel’s Avengers on Xbox One thanks to cross-gen multiplayer.

The Xbox Series X|S will boast speedy loading times to get you into the action as fast as possible. Go from the War Table right into your location or mission of choice, be it Substation Zero hidden in the humid and verdant Pacific Northwest or a search for an AIM-guarded SHIELD bunker in the frigid snows of Siberia. AIM won’t even get a chance to regroup before you’re back on their doorstep.

Marvel’s Avengers has a beautiful world filled with exquisite detail, and with the power of the Xbox Series X|S channeling directly into improved Heroics, destruction, graphical fidelity, and framerate, you won’t be missing any of it. All the action will load in and refresh seamlessly for combat and exploration that’s free of interruption. The high-res textures add that level of exciting, cinematic realism to Heroics, making the blinding torrent of Thor’s lightning strikes and the burning beams of Iron Man’s repulsor blasts feel truly in your hands.

We’re excited to herald in Hawkeye and next-gen upgrades for the ultimate gameplay experience! Clint Barton and the Xbox Series X|S experience has now arrived. We look forward to seeing you in the Wastelands of Future Imperfect! 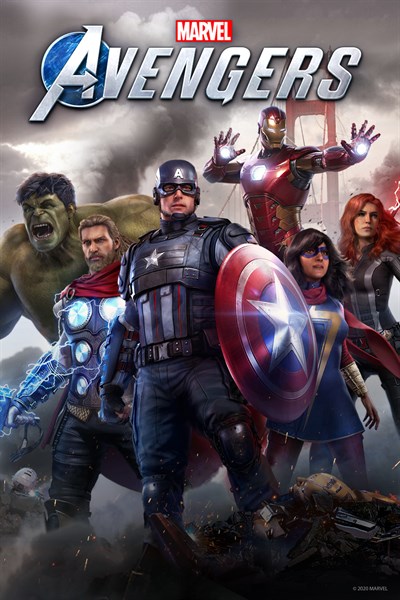 Marvel’s Avengers is an epic, third-person, action-adventure game that combines an original, cinematic story with single-player and co-operative gameplay*. Assemble into a team of up to four players online, master extraordinary abilities, customize a growing roster of Heroes, and defend the Earth from escalating threats.

Marvel’s Avengers leverages the Smart Delivery technology – buy the game once and play it on either Xbox One beginning September 4th, 2020 or on Xbox Series X|S when both the console and next-gen version of Marvel’s Avengers are available.**

**Credits that you purchase are useable on Xbox Series X|S Console version of Marvel’s Avengers. Please be aware that the Credit that you own is synced with your Microsoft account, and the wallet will be shared through both platforms.

Valve has ended development on Artifact

Liverpool vs Man City live stream: How to watch the Premier League match online from anywhere

You can’t unsee Tedlexa, the Internet of Things/AI bear of your nightmares

Valve has ended development on Artifact

Liverpool vs Man City live stream: How to watch the Premier League match online from anywhere

You can’t unsee Tedlexa, the Internet of Things/AI bear of your nightmares